Why LiteSpeed Webserver is an Incredible Apache Replacement

LiteSpeed is fast, easy to configure, and relatively affordable. It’s no wonder why LiteSpeed Web Server (LSWS) is the most popular drop-in replacement for Apache when traffic spikes are common.

Having left the coziness of shared hosting, and confronted with the many options available to VPS and dedicated server owners, you’ve probably found yourself confused on what the best option for your webserver is.

Let’s back up here for a second, and assume you’re not an uber-tech that even knows what a web server is.

It’s quite easy to understand: the web server is what responds to “http” and “https” requests. Without a webserver, you’d get a server not found error in your browser.

In addition to the basic web server, you have services that respond to php, mail, mysql databases, etc – essentially the  LAMP stack. (We cover LAMP in this post.)

What are my options?

After researching the topic online, you’ve probably heard of:

The major differences are OS support, RAM needs, speed, and stability. IIS is Windows only. Both NGiNX and lighttpd have limitations to enable their speed. And fancier setups require expert system administration, more RAM, and might not be that stable if not optimised correctly.

And then there’s LiteSpeed.

It has the features of Apache, the speed of NGiNX and lighttpd, and is a drop-in replaced for Apache, so no complex system administration is needed.

Large sites like Wikipedia and Paypal use NGiNX and Apache, respectively, so that’s the best web server, right?

Large organizations like that employee many high-paid highly experienced IT personnel, and use large multi-server clusters to power it.

While Apache and NGiNX are great, without a  dedicated IT staff to watch over your site, you may find yourself spending too much time making the server work, rather than using it for your business.

Apache, for example, uses an outdated process-based approach, meaning it spawns new processes with every server interaction, leading to RAM issues and can require manual process killing by the admin.

There have been many improvements to web server technology since Apache was first released.

The install is easy, and requires minimal admin time.

LiteSpeed is also more than a simple webserver, including the industry-fastest php engine (lsapi) and server caching.

Anne Scott is an internet entrepreneur who hosts a moderately high-traffic WordPress portal for girls that want to connect with other girls working abroad.

Some days her site had about 1,000 visitors per day. But certain days that number could spike up 10x if an article was got slashdotted.

But after a while, Anne’s site started to run sluggishly. Sometimes it would simply time out and not load. Was it simply because the traffic had increased?

The only thing that was certain was that suddenly the hosting was looking no better than the infamous “big name” hosts!

Visitors started to complain about the bad performance via email, as they actually enjoyed the content and were sad to see the site autodestruct for such a silly reason as “slow” page loading time!

Something had to give, so Anne talked to EuroVPS, and learned that she had two options to fix this:

Buy more RAM and CPU, which would not only cost more but would only delay the problem. We explained that when she increases her traffic, she may find herself in the same situation all over again.

Pro Tip' choice: Most hosts would love to sell you more resources, rather than help you isolate and fix the underlying issue!

Invest in the LiteSpeed web server, with its small monthly licensing cost.

She chose this option.

By using the drop-in replacement, Anne could still use htaccess, as well as enjoy the faster speed of dynamic PHP content generation.

Best of all, Anne didn’t need to upgrade RAM or CPU, instead simply needing a web server that better used her existing resources.

Anne didn’t have to waste her time learning new software, or teaching herself new things on DigitalOcean tutorials.

All she knew is it worked again, and could login to “wp-admin” and check email without issue.

Being faster isn’t magic. They wrote it from the ground up, with speed in mind.

Certain Apache functions are required by many, and LiteSpeed has them all:

We love Apache and NGiNX as much as the next guy: both are free, and can be useful in many situations.

But when you’re running a business, especially when others are relying on you, free isn’t the only consideration.

EuroVPS uses LiteSpeed on all of our shared, and many of our VPS and dedicated customers do as well. It’s a high performance web server that simply works better at everything it does.

We don’t want to spend our day manually tinkering with our servers, and neither should you.

LiteSpeed is a mere  €14 monthly, and is more affordable than upgrading to more RAM or CPU, or upgraded from VPS to dedicated.

Contact us today to regain your server speed using LiteSpeed. 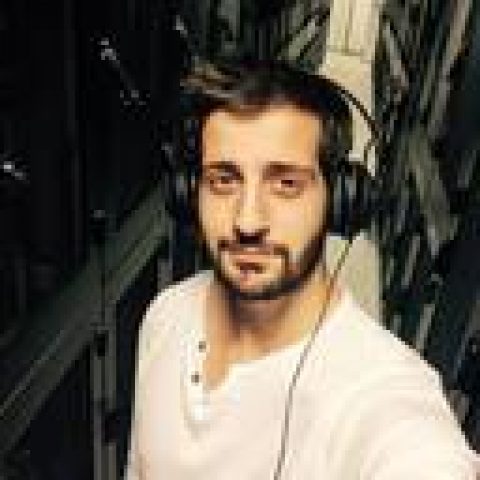 Why NGiNX is Better than Apache for High Traffic Hosting

Apache and NGiNX are the two most popular opensource webservers for Linux. Deciding which webserver you will use, NGiNX ...

In this three part blog series we are going to deep dive into the world of VPS control panels in a heads up battle of th...